The main component of composite materials is a binder that under the influence of hardeners or water passes from a liquid or dough to a solid state.

In the production of polyester polymer concrete, unsaturated polyestermaleate and polyester acrylate resins are used. 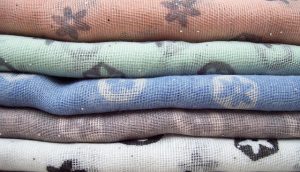 It should be noted the high activity of amine curing agents and the low viability of epoxy compositions healed by them. Accelerated curing creates specific difficulties in the manufacture of construction products, which is primarily characteristic for low-filled structures, for example, polymer concrete floors. In this regard, the development and application of new hardeners that enhance the viability of epoxy polymer concrete without deteriorating their physical and technical parameters is an urgent task. 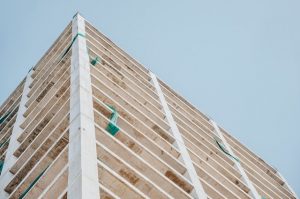 In the production of polyester polymer concrete, unsaturated polyestermaleate and polyester acrylate resins are used. Saturated polyester resins, cured at elevated temperatures and pressures, are not used for the preparation of polymer concrete. Unsaturated resins are solutions of unsaturated polyesters with a molecular weight of 700-3000 in monomers or oligomers capable of copolymerizing with these polyesters. As a monomer, styrene is used more often, methyl methacrylate, acrylonitrile, diallyl phthalate and other monomers are more often used. Curing of resins is made by initiators and accelerators of hardening, which are typically used in normal conditions for a two-component system consisting of an initiator for 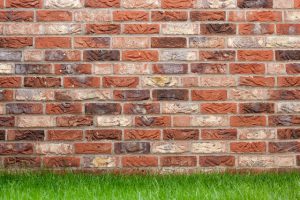 hardening of isopropylbenzene hydroperoxide (hyperemia) and a throttle – 10%. The solution of cobalt naphthenate in styrene (with the curing of the PN-1 resin, the optimal amount of hysteresis is 3-4%, and cobalt naphthenate 6-8%). More rarely, as initiators of hardening, benzoyl peroxides, cyclohexanone, methyl ethyl ketoxime are used, and accelerators are vanadium pentoxide, dimethylaniline, and diethylaniline.

Methods have been developed for curing polyester resins using three- and four-component systems. Due to the explosive reaction occurring during the mixing of hyperemesis and cobalt naphthenate, the components of the initiating system are introduced into the resin alternately. To exclude this shortcoming, studies are carried out to optimize the compositions and to select non-explosive hardeners. In the works, the possibility of curing polyester resins with zinc dust as a one-component system, as well as methods consisting of non-explosive initiators – caprolactam and accelerators – lead gland, lead-manganic drier or aerosol was studied. The most promising curing agents for polyester resins are dispersed materials that can be incorporated into the resin in a mixture of fillers.